imagineNATIVE will welcome artists and audiences back to Toronto/Tkaronto for in-person screenings and events October 18 – 23, 2022. To improve on accessible offerings imagineNATIVE will also be providing Festival selections online October 24 – 30, 2022 to ensure they connect with those who are unable to attend in-person offerings.

imagineNATIVE’s Opening Night Gala on Tuesday, October 18 will be Stellar by Darlene Naponse (Anishinaabe) at TIFF Bell Lightbox. Stellar observes human notions of connections between oneself, other people, and Mother Earth herself as a meteorite catastrophically changes the planet outside and two lovers find each other in a small bar in Northern Ontario. imagineNATIVE’s Closing Night Gala on Sunday, October 23 will be ROSIE by Gail Maurice (Cree/Métis) at TIFF Bell Lightbox. A film about family, love, and misfits, ROSIE tells the story of a young, orphaned, Indigenous girl who is forced to live with her reluctant, street-smart Aunty Fred, in the fringes of 1980s Montréal.

Feature film highlights include: Powerful Chief by Henry Vallejo (Aymara), ​​a Quechua and Spanish language film that follows Elisban, who arrives in a new city homeless and without money, as he survives in a city that sharpens his loneliness at every step; The Drover’s Wife The Legend of Molly Johnson by Leah Purcell (Goa-Gungarri-Wakka Wakka Murri), a searing reimagining of Leah Purcell’s play and Henry Lawson’s classic short story, a mother is pushed to her limit to protect the ones she loves; Broken Angel by Jules Arita Koostachin (Cree), a dramatic feature about a once vibrant beautiful cree woman, who is now weary and spiritless after enduring viscous spiritual, physical, and emotional beatings from her abusive partner; and We Are Still Here, a unique Indigenous film that interweaves eight powerful tales, from eight directors from Aotearoa, to tell a sweeping story of hope and survival.

Feature documentary highlights include: Bring Her Home by Leya Hale (Dakota/Diné), a true crime doc that follows three Indigenous women – an artist, an activist, and a politician – as they fight to vindicate and honour their missing and murdered relatives who have fallen victims to a growing epidemic across Indian country; A Boy Called Piano – The Story of Fa’amoana John Luafutu by Nina Nawalowalo (Fijian), the remarkable story of Fa’amoana’s time as a state ward in the 1960s and the intergenerational impacts of those experiences; Kaatohkitopii: The Horse He Never Rode by Trevor Solway (Blackfoot), a POV documentary narrated by the director about his grandfather Sonny Solway, a life-long rancher and ‘Indian Cowboy.’; and Imagining The Indian: The Fight Against Native American Mascoting by Ben West (Cheyenne) and Aviva Kempner (Jewish American), a comprehensive examination of the movement to eradicate the words, images, and gestures that many Native Americans and their allies find demeaning and offensive.

The imagineNATIVE Film + Media Arts Festival is the world’s largest Indigenous festival showcasing film, video, audio, and digital + interactive media made by Indigenous screen-content creators. The Festival presents compelling and distinctive works from Canada and around the globe, reflecting the diversity of Indigenous nations and illustrating the vitality and dynamism of Indigenous arts, perspectives, and cultures in contemporary media.

Ticket Packages: On Sale Now
Single Package – $150
Dual Package – $250
Festival Supporter Package – $225
All package holders can book 10 tickets starting September 23 before they go on sale to the general public on October 1.
Get your ticket packages at: https://www.goelevent.com/imagineNATIVE/Package/sale 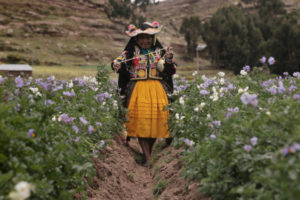